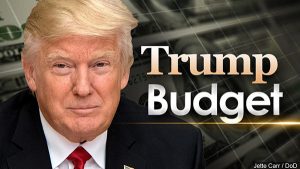 Government Control that is if the Trump administration moves in the direction that is expected.

A budget document released on Monday said the administration thinks raising Fannie and Freddie’s’ fees would help to level the playing field for private lenders. Steve Mnuchin, Treasury Secretary appointed by President Trump, and other Treasury officials have said that one of their goals is to increase the number of mortgages made that don’t have backing from Fannie, Freddie or other GSE’s (government sponsored enterprises). The private mortgage market has been almost non-existent other than the market for Jumbo mortgages for many years.

Fannie Mae was originally created in 1938 to buy mortgages from lenders to free up money could be loaned to other borrowers. Fannie helped create a new generation of American homeownership allowing banks to loan money to lower income buyers who previously weren’t considered credit worthy. In 1968, Fannie Mae was converted into a privately-owned company. Freddie Mac was created to keep it from becoming a total monopoly. Freddie went public in 1989. Fannie and Freddie don’t make mortgages. They buy them from lenders, wrap them into securities and give guarantees to make mortgage-bond investors whole if borrowers default.

For many years the two operated as private industries but on 9/6/2008 the Federal Housing Finance Agency, FHFA, used its authority to place Fannie Mae and Freddie Mac into conservatorship.

Although the current director of the FHFA, Mel Watt is also on board with moving Fannie Mae and Freddie Mac back to the private sector with significant restrictions, it is likely that Trump will want to put his own appointee in the FHFA. Watt, an Obama appointee is currently the head of FHFA and his term is not set to end until 2019.

How these possible changes might affect private lenders remains to be seen. According to Sean Riley, CEO of Mortgage Equity Partners residential mortgage lender with offices in New England and Florida, “It is unlikely the GSE’s will exit the marketplace anytime soon notwithstanding the political appetite. Private lending for Jumbo mortgages and other types of mortgages is too fragmented and regionally based. The Government would need to incentivize private enterprise so that lending can be scaled nationally.” He said.

Earnings for both Fannie Mae and Freddie Mac are to be released this week for 2017.